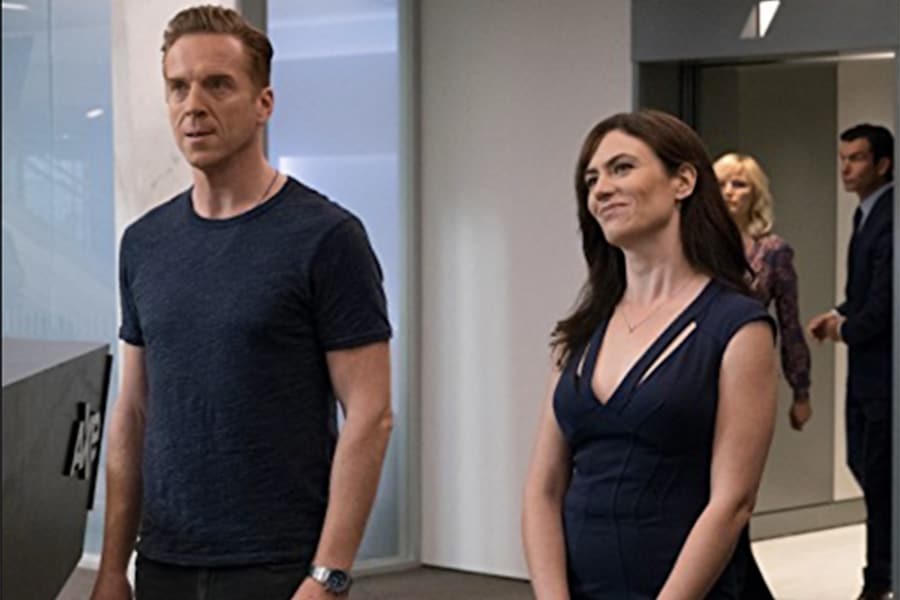 How Wendy from Billions Helped Explain What I do

I don’t watch a lot of telly these days, but one show that did draw me in during the initial period of working from home over COVID (and hence traveling a lot less) was Billions.

Yeah, there’s the sex, the politics and the power games of big business. All of which is entertaining even before you consider some of the uncanny parallels to the real corporate world.

I want to be very clear that the techniques of performance psychology are not for everyone. For those suffering depression, anxiety or any other very common mental illness (and about half of the population experience mental ill health in their lifetime), the first step is to get mentally healthy. Trying to skip steps and do affirmations or implement high-level positive psychology techniques can end up doing more harm than good.

When our mental ducks are in a row however, performance psychology can take you to the next level.

The character Wendy Rhoades, in Billions, is a psychiatrist but she is also the in-house high-performance coach at Axe Capital, the hedge fund central to the show’s plot. Wendy is the wing-woman of Bobby “Axe” Axelrod, and has helped him rise up to become the king of hedge funds in New York.

How? Just as we do in the real-world, by applying principles of human behaviour to help Axe (and his employees) manage their stress, improve self-talk and teach the resilience and apply mental skills to successfully navigate high stakes, high pressure environments to achieve their potential.

In short, Wendy has used performance psychology to facilitate peak performance in the workplace.

In the THINK chapter of my book, MatchFit, I explore some of the techniques we use in greater depth, but my work with Greg (not his real name) provides some insight into performance psychology in action:

I was taking my make-up off (this will make more sense soon) and received a text message from a CEO I had previously coached: ‘Andrew, would like to talk. Do you have capacity to work with one of my team on his presentation skills?’

I was in the ABC studios in Melbourne and had just wrapped up my regular segment on News Breakfast, and this had prompted my former coaching client (who wasn’t waking up to TODAY or trying to win money from the Cash Cow) to reach out. I called him on my walk back to the hotel and learned his CFO had received terrible feedback from analysts and investors about his presentation style during company briefings. I agreed to meet with the CFO the following week and see whether he was open to my support. I asked the CEO to brief him on our conversation and be explicit about why I would be meeting with him.

My first discussion with the CFO didn’t begin well. I received a frosty reception, arms folded, mono-syllabic answers and a general attitude that said: Why do I need to work on my presentation skills? I’m a smart guy, and it’s all about the finance. I tried a conciliatory, coaching-based approach for 15 minutes and was getting nowhere, so I reverted to a more in-your-face methodology.

‘Okay,’ I said, ‘I can see you really don’t want to do this, and if I was in your shoes, I’d probably feel the same way. But let’s strip out the emotion and focus purely on the facts.

‘Fact: your boss, the CEO, reached out and spoke to me because you’ve had poor feedback, from numerous sources, about your presentation style, and this is causing noise the company doesn’t need. And I know you have been told about this.

‘Fact: as a CFO, market updates are a very important part of your job; and from where I sit, if you don’t improve, that’s going to put considerable strain on your job.

‘Now, I can support you with the skills you need, and I can train you to manage your presentation style, but if you’re not open to it, I don’t want to take you on as a client.’

When I put on my ‘executive coach’ hat, I sometimes throw what I’ve been trained in coaching psychology out the window and take a much more direct approach. The risk is that it can go wrong. The CFO sat silent for what felt like five long minutes, then he looked at me and said, ‘Alright. I appreciate you being so transparent. I hadn’t pieced it together like that. When do we start?’

‘Now,’ I said. ‘Tell me about your routine before you present a market update.’

‘What do you mean, routine? I wake up, have a shower and get ready, grab a coffee and drive into the city. I might grab another coffee and a piece of toast if I have time, and then I take another look at the PowerPoint slides and make sure I have a firm grasp of the numbers. Then I just stand up and go through the slide deck.’

I had a few more questions for him.

‘Are you a morning person?’

‘What do you listen to when you’re in the car?’

‘Normally classical music – I don’t like all of the commercial talkback rubbish.’

‘Do you do anything of a morning, apart from coffee, to wake yourself up?’

To this I just got a blank stare.

I wanted to jump right in to fix-mode, but our time was up. ‘I’m going to put together what I call a pre-performance routine to get your body and brain in the best possible state before your next update. I’ll take you through that the next time we meet.’

‘But what about the speaking skills?’ he asked.

‘Oh, we’ll spend some time on that. But I think your main problem is that your body clock is out of sync and you are not preparing yourself in the right way for what is arguably the most important Performance Moment of your job. This will be the focus of our next session.’

The following week I was greeted by a much more enthusiastic and agreeable client. ‘Andrew,’ he began, ‘I’ve been thinking about what you said, and I do agree. I really don’t like presenting of a morning – I’m in a bad mood the moment I wake up on the day of an early presentation.’

‘Good to see you’ve been thinking about this. Let’s start by looking at the routine I’ve drafted for you. It’s based on you presenting at 8.30 am.’

‘Do you have any questions,’ I asked.

‘Not really,’ he said. ‘I’d prefer to not have to get up 30 minutes earlier than normal, but the process makes sense. I’ve never thought about it like this. Actually, I do have a question. What should I listen to on the radio?’

‘I don’t care. Your audience doesn’t like your update when you listen to classical music.’

We shared a laugh before ending the session.

A few months later I received a follow-up text from the CEO: ‘Andrew, today was market update. I don’t know what you’ve done, but the CFO was a different person. He had presence from the moment he stood up. And he spoke to the audience, not the slides.’

What I did was map out a structured pre-performance routine that would ensure his body and brain were ready to perform.

So, while I’m not employed in-house by one of the country’s leading hedge fund managers or VC’s, the exposure Wendy has received and the understanding of what she does and the impact performance psychology has on business performance, has made it much easier to explain part of the response when someone asks me that ever-common question, ‘so, what do you do?’ 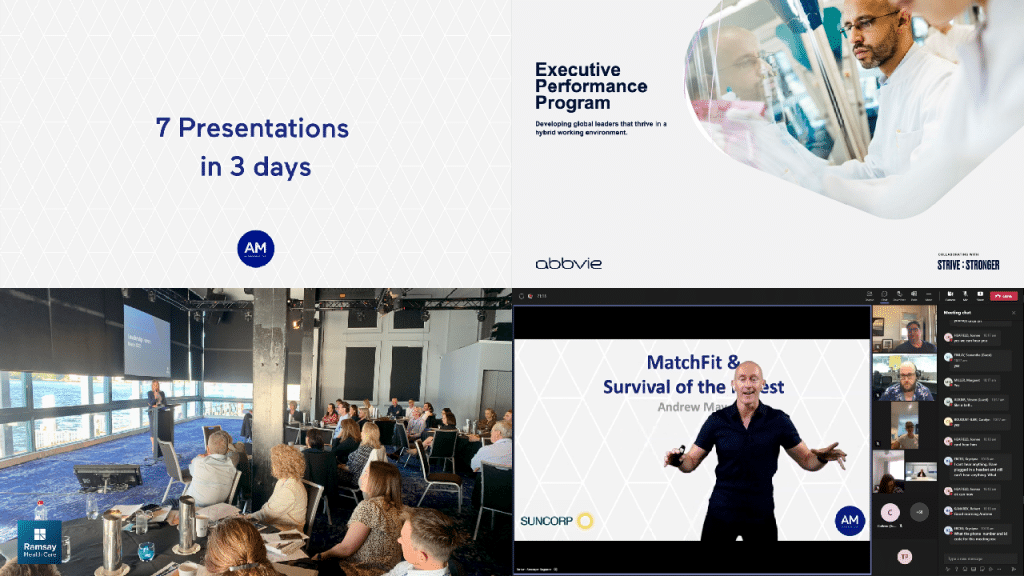 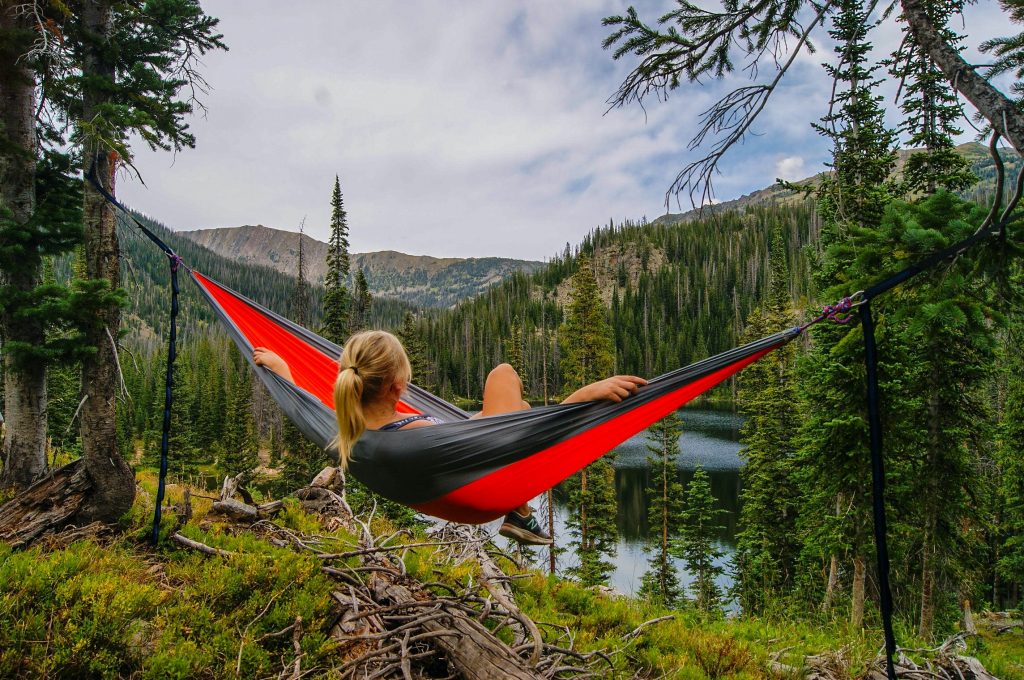 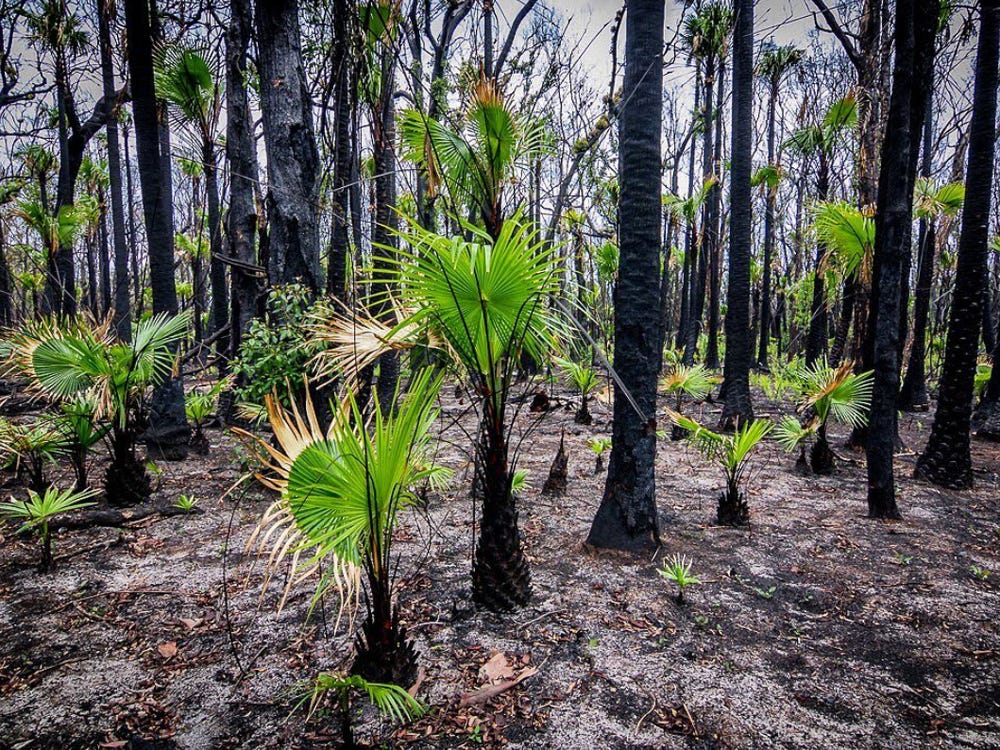 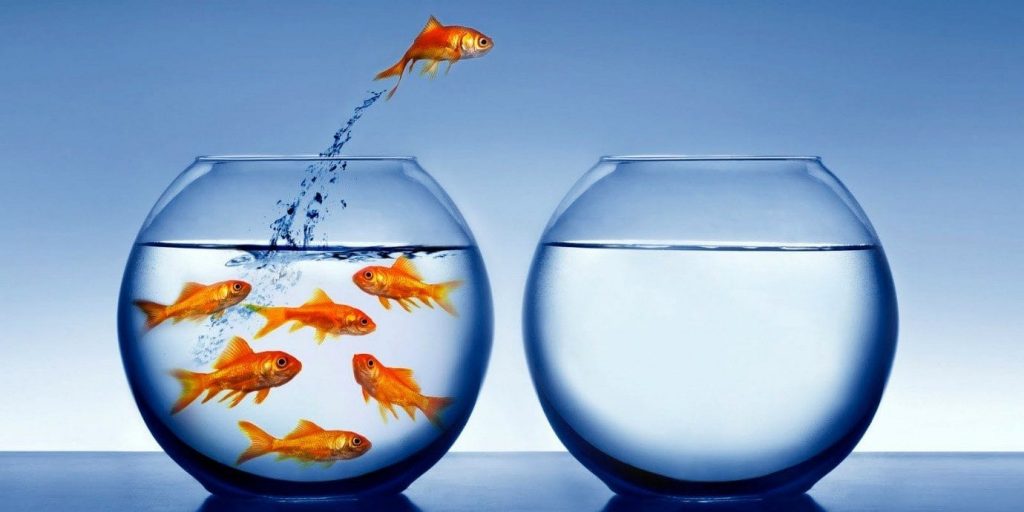